Angel Dumott Schunard is a featured character in RENT, as well as one of the more - if not the most - controversial characters in the entire show. Some fans believe her to be a transgender woman, and some believe her to be a drag queen, while some even speculate that she is genderfluid. She is HIV+, and becomes Collins' lover after discovering him, beaten up, on the street and taking him in.

Angel is a street drummer who we first meet through Tom Collins, who is found by Angel, robbed and beaten on the street[1]. They discover that they both are HIV-positive and go to a Life Support meeting where they bond. She was earlier hired by a rich woman to kill her neighbors' dog, which she describes in Today 4 U. She and Mimi Marquez are known to have been friends before the rest of the characters met, but they grow closer throughout. During La Vie Boheme, we find out that the Akita which Angel killed, Evita, turns out to belong to Benjamin Coffin III (Benny), the ex-roommate of Collins, Mark Cohen, Roger Davis, and Maureen Johnson.

Angel is described as being very caring, giving, and kind. During the second act of the show she succumbs to her disease[2][3] and in the movie while Mimi is singing ("Without You"), after having been ill for a while during the estrangements between Roger and Mimi, and Maureen and Joanne, Maureen's lover. Her funeral proves to be a pivotal point between the other two sets of lovers; Maureen and Joanne make up, while it only drives Roger and Mimi - who is accompanied to the funeral by Benny - further apart.

Though Angel's presence in the show is generally comical -- as well as heartwarming -- it can be very touching and sentimental. Maureen claims that "(Angel) always said how lucky (she) was that we were all friends. But it was us, baby, who were the lucky ones."

Light brown
Angel Dumott Schunard is one of the main characters in RENT, as well as one of the more - if not the most - controversial characters in the entire film. Some fans believe her to be a transgender woman, and some believe her to be a drag queen, while some even speculate that she is genderfluid. She is HIV+, and becomes Collins' lover after discovering him, beaten up, on the street and taking him in.

Differences from the Original

Differences from the Original

As long as the show has been playing, there has been much debate on Angel and the gender identity of the character. The fandom has generally taken three different sides: Drag Queen, Transgender Woman, or a Genderfluid person.

Generally, throughout the show, Angel presents feminine and goes by she, although she describes herself as a boy at one point in the show. The other characters use a mix of he and she throughout the musical.

There is no doubt that Larson originally intended her to be a drag queen, as is stated in the original production of Rent. However, terminology involving gender non-conforming individuals was limited at the time the musical was written.

Later productions have contributed to the debate further. The casting of MJ Rodriguez as Angel signified the first transgender performer for the character, although she did not come out until after the performances. In the live Fox performance, non-binary and genderfluid drag performer Valentina played the character. Also in the same musical, most of the references to male pronouns were removed, leaning less to drag queen in the specific performance. 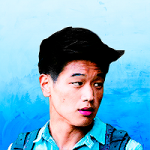 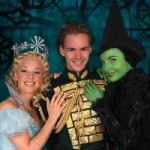